Diane Losfelt sees a bright future ahead for herself and Château de l’Engarran. And she has every reason to. Guide Hachette just voted her winemaker of the year 2020. 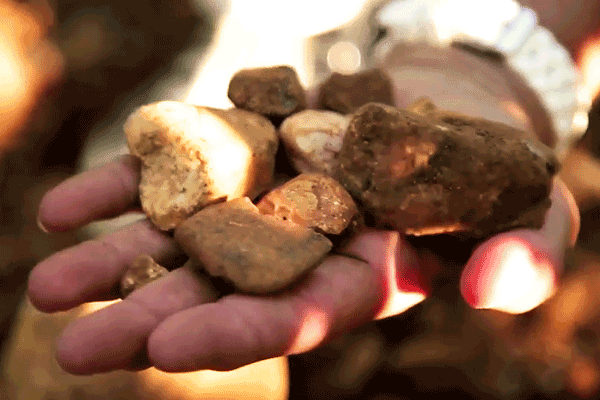 Awards are not new in the family Grill

It all began with Marguerite Bertrand-Grill in the 1960s. Followed by  Francine Grill, a pioneer of Languedoc wine and the second-generation female winemaker. Francine produced in 1978 the first estate bottling,  paving the way for quality viticulture. In the 1970s she won the Grand Prize of Excellence of the oenologists of France for her Pays d’Oc wines.

Diane Losfelt is a worthy heiress

Diane Losfelt became the first female administrator in the Languedoc appellation union. She has a strong vision for the Languedoc: “We cannot build a pyramid without a base: our region is fortunate to be able to rely on an IGP base to prioritize a rich palette of PDO terroirs.” Diane, always on the lookout for excellence and authentic terroirs, makes 15 cuvées, six of which are within the IGP Pays d’Oc.

The so-called ‘Dames de l’Engarran’, represent four generations of passionate female winemakers. Diane Losfelt and her sister Constance Rérolle are the third generation of vigneronnes to run Château de l’Engarran until Constance had to leave due to health reasons. Luckily, niece Emilie Grill is prepared to carry the baton to the future.

A strong advocate for the wines of the Pays d’Oc

Pays d’Oc IGP is for winemaker Diane a label that gives her freedom to innovate. “If I can express my touch in a wine made from one grape variety or in an original blend (within the large family that is IGP Pays d’Oc), I better represent the wines of the Pays d’Oc. It is with taste, rather than with words.”

Château de L’Engarran is a 64 hectare Languedoc property with 40 hectares under vines. The domain is located in Laverune on the outskirts of Montpellier. Château de l’Engarran history starts with Henry d’Engarran. He buys in 1632 a wine-growing property from the Lords of Saint-Georges d’Orques consisting of a park, vineyards and a fishpond. Renowned since the Middle Ages, Saint Georges d ’Orques produced such refined wines that even Thomas Jefferson facilitated their import into the United States. Saint Georges d’Orques has a similar red soil type to the one of Châteauneuf-du-Pape, with the same pebbles or galettes.  Saint Georges’ wines have a certain freshness and generally a long ageing potential.

Because Henry d’Engarran decided to continue the already existing wine business under his name, he is considered the founding father of the current Château de l’Engarran. Since 1923 Engarran is managed by the Grill family. Five generations on, Engarran now produces certified Terra Vitis wines working with sustainable agricultural practices respecting both the earth and the people who work and live on the land.

Needless to say that the wines of Château de l’Engarran are of excellent quality. Three stars for the red AOP Grés de Montpellier 2017, two stars for the rosé AOP Saint-Georges d’Orques 2019. And now Diane was voted winegrower of the year by Guide Hachette. Diane Losfelt and her team at Engarran can be proud of their achievements. For Diane, it’s a great experience and she sees it as a recognition for many years of passionate work. Not only to raise the quality standards of Château de l’Engarran’s wines but moreover, to raise the standards and recognition of the Languedoc and Pays d’Oc wines.

Château de l’Engarran’s wines feature in the authoritative guides such as Guide Hachette, Guide Hubert and the Guide des Vins Bettane & Desseauve. Moreover, Diane Losfelt wins (gold) medals every year at the Concours Général Agricole in Paris.  Her wines show elegance and, above all, personality.  Actually, they embody the style of the Vigneronne herself.